On Monday, 12 pupils represented Manor at the Newham Panathlon held at Newham leisure centre. The pupils took part in activities such as football, javelin, long jump, seated volleyball and many more. Schools were awarded points for each activity. At the end of a fantastic morning, the scores were announced and we finished in 6th place (out of 13 schools)! This was an amazing achievement as it was many pupils’ first Panathlon event. Well done to everyone! 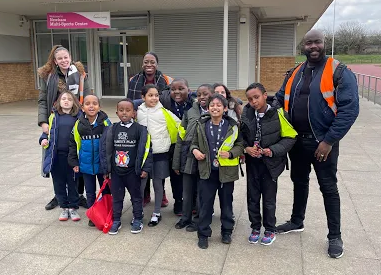