To begin their Unit ‘What does it mean to be British’ Year 5 had an all day workshop looking at the history of the British Isles.

In the morning children experienced Saxon England, from the hierarchy and etiquette of the Lord’s Hall and they played Fox and Geese, a Saxon board game.

In the afternoon children looked at a weapons and armour display, experienced Viking Spear wrestling and investigated Viking battles.

They investigated the cross over between the Anglo Saxons and the Vikings leading up to 1066 and the Battle of Hastings. 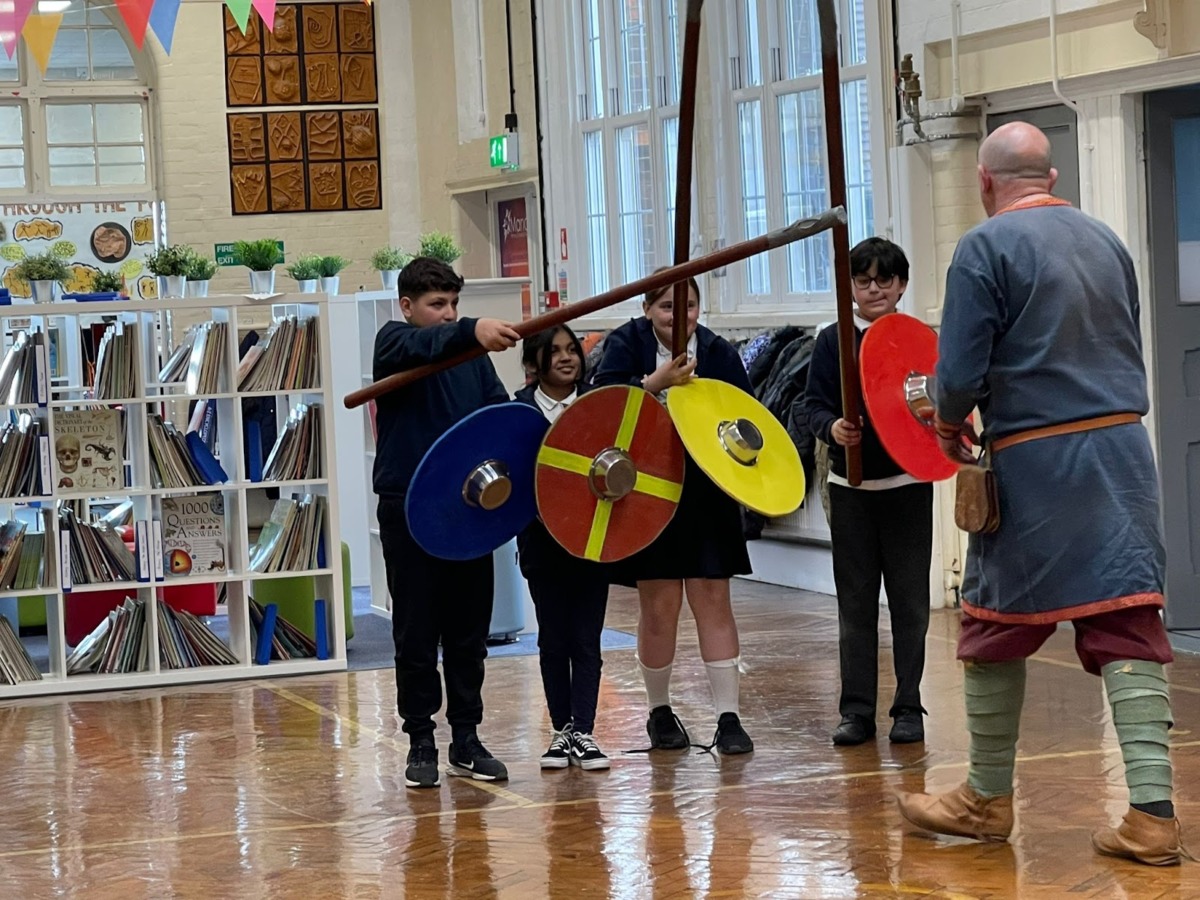 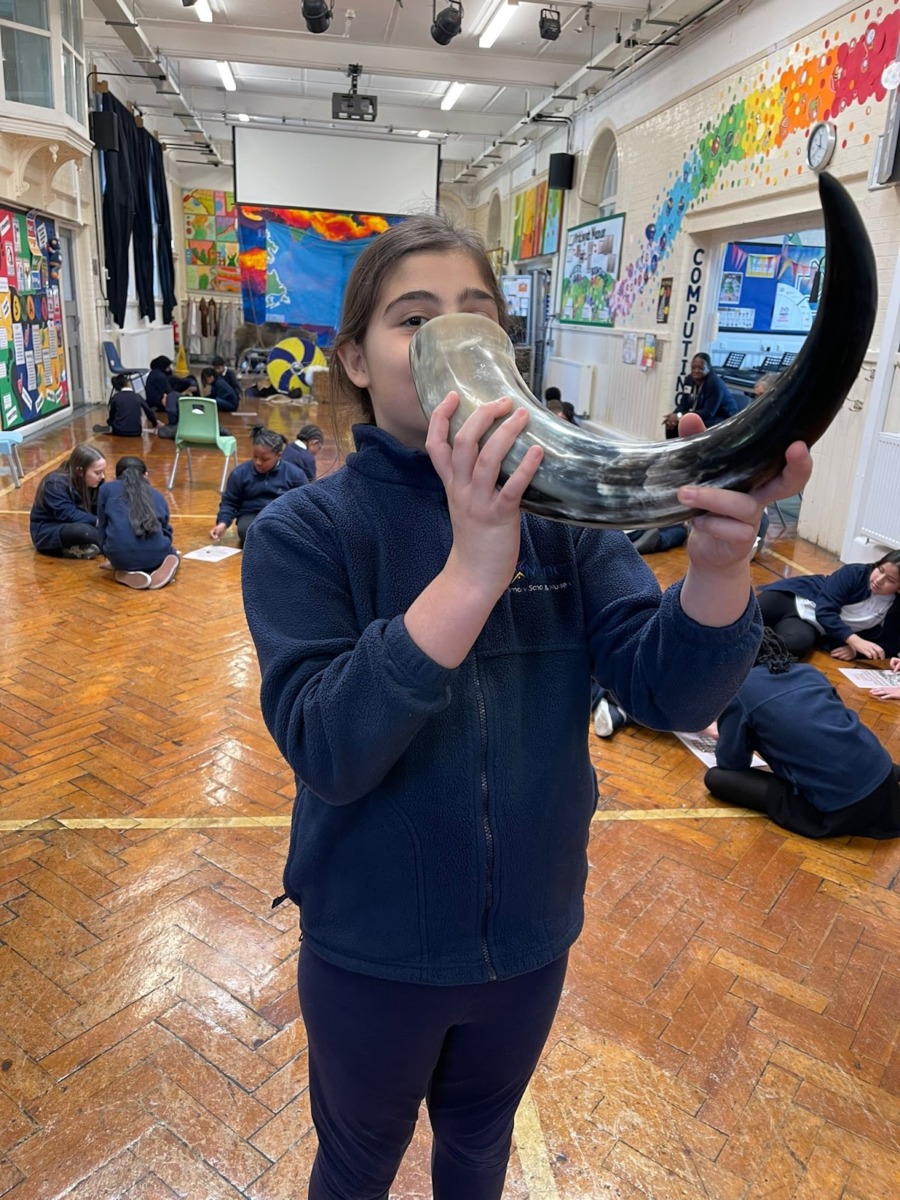 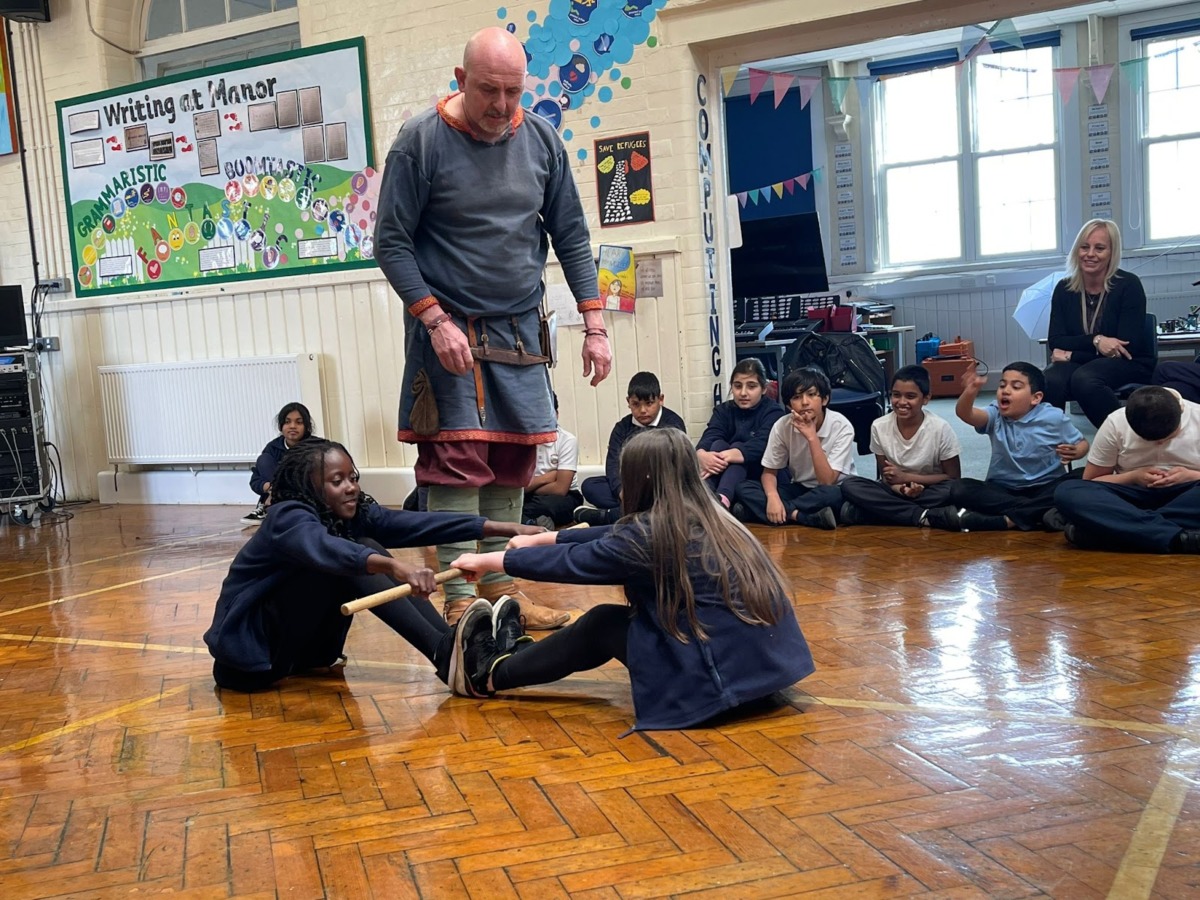