Some of the Choir performed at a very special event to commemorate the 50th anniversary of Bangladesh Victory Day.  The event was at a hotel in Knightsbridge and the children sang with other representatives of Newham Music, including the Bridging Sounds Orchestra.  There were some very important people in the audience including the High Commissioner and other diplomats.  All of the audience were incredibly impressed that the children were singing in Bengali.

John Bergin, the CEO of Newham Music, emailed Ms Collins and Mr Buckley to thank them for bringing the children.

He said, “Last night was one to remember – the preparedness, quality and joy in the performance had the audience enthralled. The standing ovation was thoroughly deserved. The second standing ovation…said it all!” 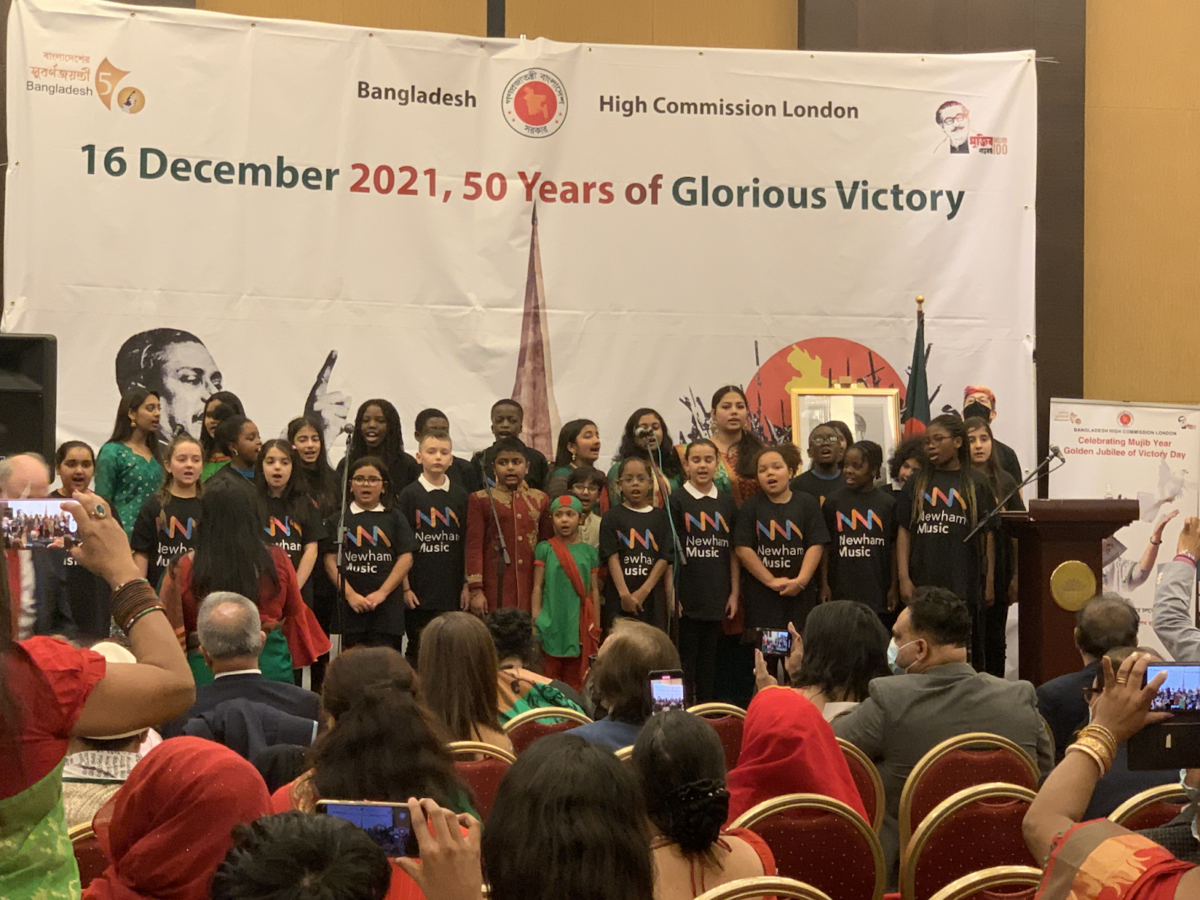